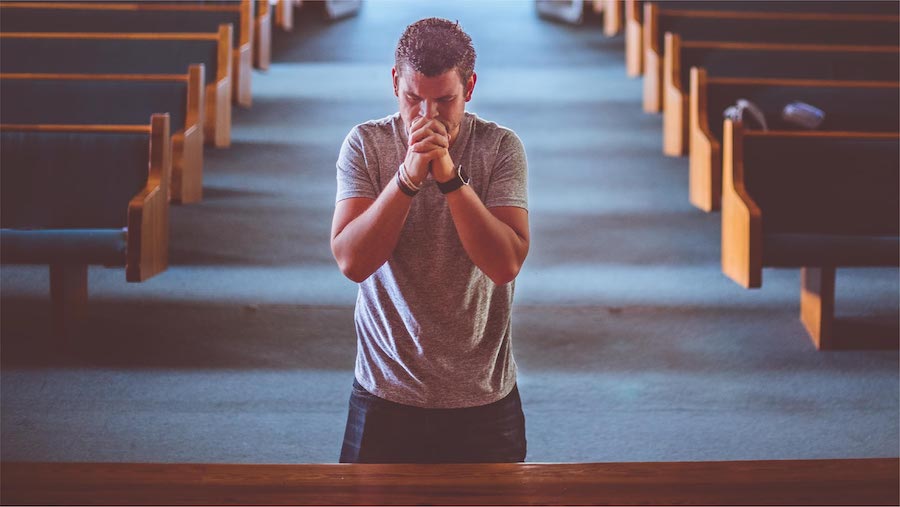 3:1 Then the word of the Lord came to Jonah a second time: 2 “Go to the great city of Nineveh and proclaim to it the message I give you.”

3 Jonah obeyed the word of the Lord and went to Nineveh. Now Nineveh was a very large city; it took three days to go through it. 4 Jonah began by going a day’s journey into the city, proclaiming, “Forty more days and Nineveh will be overthrown.” 5 The Ninevites believed God. A fast was proclaimed, and all of them, from the greatest to the least, put on sackcloth.

6 When Jonah’s warning reached the king of Nineveh, he rose from his throne, took off his royal robes, covered himself with sackcloth and sat down in the dust. 7 This is the proclamation he issued in Nineveh:

“By the decree of the king and his nobles: Do not let people or animals, herds or flocks, taste anything; do not let them eat or drink. 8 But let people and animals be covered with sackcloth. Let everyone call urgently on God. Let them give up their evil ways and their violence. 9 Who knows? God may yet relent and with compassion turn from his fierce anger so that we will not perish.”

10 When God saw what they did and how they turned from their evil ways, he relented and did not bring on them the destruction he had threatened.

When these people repented, God relented and did not bring on the destruction He had threatened.  God is not human that He would change His mind, this is what the Bible says; therefore, we cannot liken God changing his mind to humans regretting and changing their minds. We regret mainly because we made mistakes or judged erroneously, but once we realize our error, we regret it or change our minds.   On the contrary, God does not make mistakes. He does not make mistakes in His judgments and plans because He is an all-knowing and almighty God. God relenting or changing His mind is based on God’s faithfulness and God’s justice. The righteous God rewards good and punishes evil. Good must be rewarded and evil must be punished.

When a person truly repents, the Lord will — based on His faithfulness and justice — relent and withdraw the foretold disaster. Yet in God’s final judgment, evil will meet retribution and good will be rewarded.  Let us not tarry; instead, let us repent quickly.

Previous Post: Prayer Inside the Belly of a Fish